There has been quite a few commercial projects over the years. When I first started out in this business I worked at Ghost Aps as a Render Wrangler on a number of projects. Later I was also allowed to a little bit of compositing here and there.

Last two years I was working in the commercial department of Wil Film Aps as a 3D Generalist, doing a little bit of everything – modelling, texturing, shading and lighting. The only thing I didn’t do was compositing. Loads and loads of LEGO 🙂 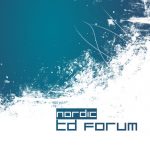 LEGO Ninjago: Welcome To The WU-CRU